Why should Parents and Carers learn First Aid? 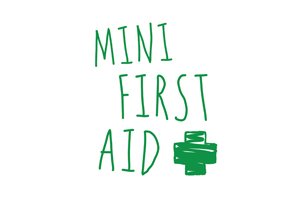 Why should Parents and Carers learn First Aid?

Infants and children are constantly at risk of injury and illness due to their built-in demand to explore the environment around them.  It is a human characteristic to push the boundaries of what we can do.

There is no doubt that parents and carers of young children often find themselves in situations where some first aid knowledge could make a crucial difference.

The Royal Society for the Prevention of Accidents (RoSPA) state that more than 2 million children under the age of 15 are taken to Accident & Emergency departments across the UK every year as a result of an accidental injury sustained around the home environment. Many more are treated by their GP, parent or carer.

It is of course very difficult to keep a toddler safe all the time. However, we can all take some small steps to reduce the risk of accidents happening in the first place and preparing ourselves in case it does happen.

Where do most accidents happen?

The largest number of accidents happen in the living/dining room areas of the house. The most serious happen either in the kitchen or on the stairs.

How do children get hurt?

According to the Child Accident Prevention Trust (CAPT) some of the most common accidental injuries are burns, and 95% of all childhood burns happen at home. Around 40 under fives are taken to hospital daily after choking on something or swallowing something dangerous (poisoning). Falls, either from height or the same level are the most common injury, accounting for 44% of all injuries. However, most are not serious.

What could all parents, grandparents and carers do?

Choking has been identified as most parents’ biggest fear, so is worthy of further discussion here.

Food is the number one common choking hazard for children. In order to reduce the risk, a child’s bottle should always be held whilst feeding, cut solid food into small pieces. A common food hazard are grapes, which should be cut lengthways as a minimum. Hard foods such as nuts or boiled sweets should be avoided and children should be encouraged to ‘Sit, Chop, Chew’. Sit down whilst eating rather than run around. Chop (cut) the food up either themselves or with assistance and chew before swallowing.

If a child starts choking (identified by symptoms such as a bright red face, wide eyes and loud coughing) try to remove the blockage, but do not poke blindly with your fingers. Encourage them to cough to bring up whatever it is they are choking on.

If your child is silent, or they can’t breathe properly, perhaps they have a pale skin colour with blue grey lips, use 5 back blows, whilst encouraging them to cough.

If your child is under one, this is done by sitting down and placing the infant along the thigh with their head at the lowest point with their lower jaw being supported by your hand. Administer 5 sharp blows between the infant’s shoulder blades with the heel of the hand.

If after 5 sharp blows, the obstruction remains, then turn the infant over to face you, and use two fingers to administer 5 slow but sharp thrusts in the centre of the chest.